We are extremely happy to announce that the remainder of the membership of New Ulster Steel Fighting School of Medieval Combat Arts that were deployed to Afghanistan have returned safely and are back on American soil. We are proud of them and we thank our Father God for keeping them safe and bringing them back home to their families, and to us. We continue to keep the rest of the American Fighting Men and Women deployed in our prayers. They are the ones who make it possible for the rest of us to freely go about our daily routines as free Americans, and they are worthy of the gratitude of every citizen of the United States of America.

This past July 26th – August 3rd in Trondheim, Norway, was the Tournament of Saint Olaf in which mounted competitors engage in the mounted joust with lances, mounted melee, and engaged in individual skills with sword and lance/spear. The tournament was organized/arranged by the Hassel-Ryen family, and was a great success. The tournament is a strictly equestrian martial arts tournament, but talking with them they are open to including competition of foot in the next tournament in 2015. This will bring some added excitement to an already exciting, action-packed competition. We at New Ulster Steel Fighting are further excited and honoured to have been invited by the Hassel-Ryen family to attend and compete in the next tournament of the festival next year should competition on foot be included in the event. Likewise if we can acquire a horse or horses in Norway for the event, we will have representatives (or a representative) of N.U.S.F. taking part in the mounted competition. END_OF_DOCUMENT_TOKEN_TO_BE_REPLACED 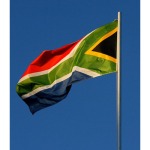 The Results are in from the South African National Sword Fighting Championship and we are glad to finally be reporting them here at steelfighting.com.  There were several events in both rebated steel and synthetic weapons, and team combat as well. Congratulations to all of the competitors for their efforts and courage to take part in these chivalrous competitions. It is a passion to train and compete in these martial arts, and you are to be congratulated.

END_OF_DOCUMENT_TOKEN_TO_BE_REPLACED

Although my great helm served me faithfully for the better part of a decade, I was starting to look around for another helmet to go along with some upgrades to my harness and gear. As I looked around at the various helmets on the market that are mass-produced, I really did not find anything that I thought would be a good replacement. When I looked at custom helmets from some of the outstanding smiths and forges that exist, the price was just much MUCH more than what I was willing to pay. Some of those custom helms are worth it, but I did not want to, nor could I afford to foot that sort of bill. Part of my issue with my great helm I think came from the human desire to change things up sometimes (like redecorating the house, getting a new house or car…). But my research into a new helm also comes from a knowledge that the great helm (in particular this style) was an earlier helmet and as far as we can tell, did not see much use with a harness of plate armour like the bascinet helmets, sallets, and such did. So, the idea that it would be out of place with my harness was lingering there. That said, as a good friend of mine stated in a conversation recently, “The people depicted in most of the sources in harnesses were royalty or nobility, and were able to afford the most up-to-date and complete harnesses. Others such a lower knights and men-at-arms often had to piece together harnesses and this was not so well depicted.” Something that makes perfect sense, and that I already had lingering in the back of my mind as well. Given this conversation and that fact that my great helm has saved my head and face some pain several times over the span of its service to me, I decided to give it an exterior makeover and continue on with this helm. Since it is historically documented that helms were painted from time to time, why not? I decided to share the basic steps with you. END_OF_DOCUMENT_TOKEN_TO_BE_REPLACED

We are pleased to announce that the ACSMMA (The Affiliation for Contemporary Swordsmanship and Medieval Martial Arts) will be hosting a combat tournament on Saturday, August 2, 2014. The tournament will take place in Vereeniging, Gauteng, South Africa, and will be held in conjunction with the Vaal Highland Games. There will be both unarmoured and armoured combat events. Unarmoured combat will consist of synthetic long-sword, as well as sword and buckler. Armoured combat with rebated steel weapons will consist of long-sword, sword and buckler, and sword and shield. There will be a champion, 2nd place, and 3rd place awarded in each event. If interested, Contact Grand Master Heinrich Jost at the following link.http://swordfighting.co.za/contact-us

Go an enjoy the competition and display of skill in what will prove to be an exciting tournament.