This past July 26th – August 3rd in Trondheim, Norway, was the Tournament of Saint Olaf in which mounted competitors engage in the mounted joust with lances, mounted melee, and engaged in individual skills with sword and lance/spear. The tournament was organized/arranged by the Hassel-Ryen family, and was a great success. The tournament is a strictly equestrian martial arts tournament, but talking with them they are open to including competition of foot in the next tournament in 2015. This will bring some added excitement to an already exciting, action-packed competition. We at New Ulster Steel Fighting are further excited and honoured to have been invited by the Hassel-Ryen family to attend and compete in the next tournament of the festival next year should competition on foot be included in the event. Likewise if we can acquire a horse or horses in Norway for the event, we will have representatives (or a representative) of N.U.S.F. taking part in the mounted competition.

Here are the results from the tournament’s competition, and we want to offer are sincere congratulations to those that placed in the tournament, and to all competitors for their honourable participation in this chivalrous martial competition.

Congratulations once more for a job well done to those that placed.

Here are some pictures from the event as well as a YouTube link to see some of the action. 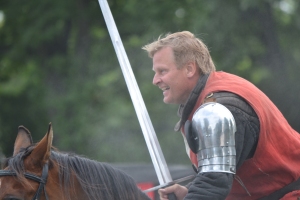 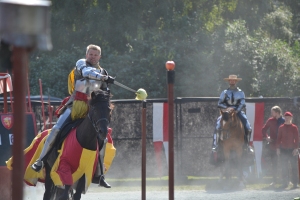 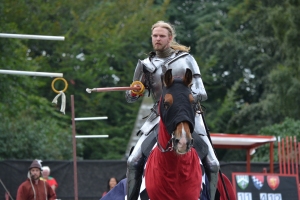 We look forward to hearing more about next year’s tournament when we progress into next year’s Saint Olaf’s Fest and Tournament.

Photos and Video used with permission from the Hassel-Ryen Family